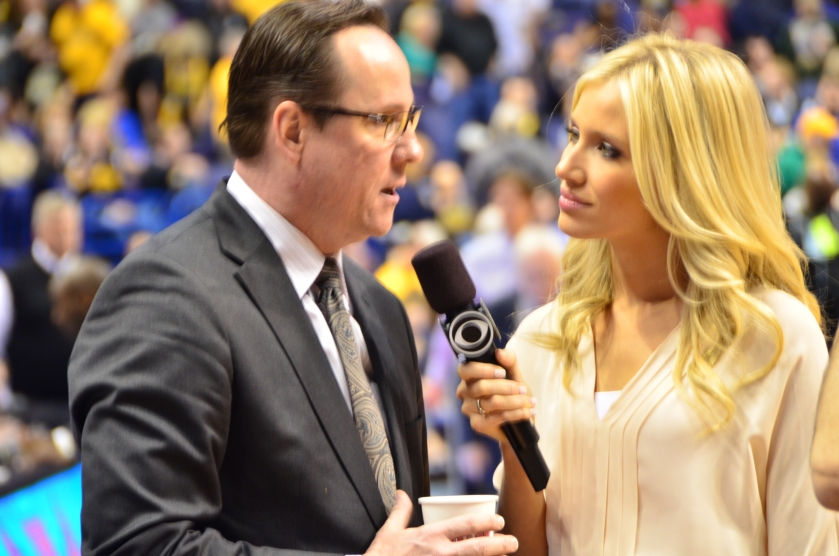 I am in no way making any kind of judgment on the CBS floor reporter. She’s likely excellent as CBS has an great record of not hiring mediocre talent. Call me cynical but two or three guys in the booth, often times not all the bright and certainly not always good looking and then a very attractive female reporter on the field or floor. Does this make for ratings magic? Is this the way it has to be? Athletes love competition. How about some competition for the booth? Any brave executive producers out there. Three smart women in the booth and a hot, sexy dude on the field. Now that would be TV magic. Heck, and just for fun for one game, toss the strippers to the opposing bench for one game and replace them with 15 scantily clad men with pompoms. I guarantee you ratings would go through the roof. Football would start attracting the Jerry Seinfeld, Jerry Springer and Jay Leno crowd.