Minus two degrees on Monday, January 18, just after midnight, leaning against one of the swankiest hotels in Chicago.

Most of the people who pan-handle on the streets of Chicago are not homeless. They may be drug-addicted, alcoholic or just plain broke, but the majority are not homeless. This middle-aged guy sleeps in this neighborhood regularly. It’s one of the richest zip codes in the city (60611). It was stinging cold that night. The warm-air grate he was sitting on is part of the Sofitel Hotel. A luxury hotel my any standards. Most businesses shoo the homeless away, but on very cold nights, the hotel manager lets this guy be. While certainly no grand solution, it’s one person’s way of making sure another person has another day. 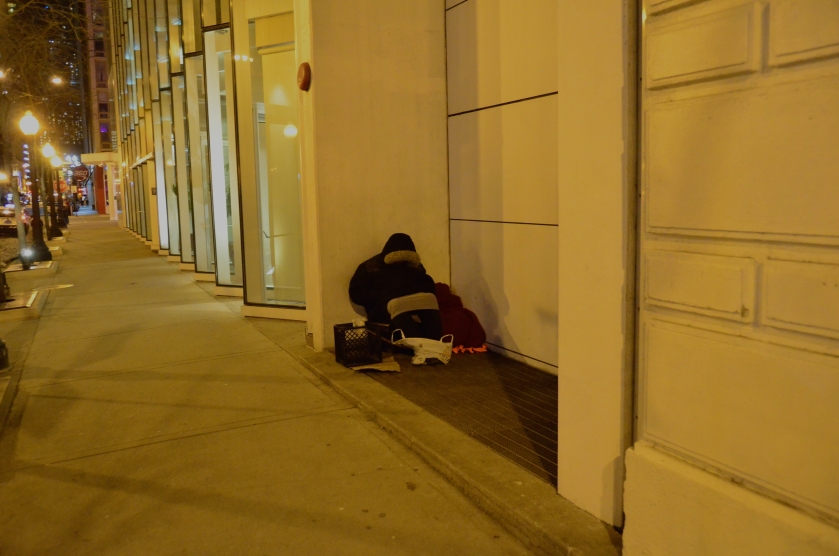 More than 40 local Latinos make up the Universal Dancers. High energy, athletic, gymnastic, smiling and fun to watch. A crowd favorite at the 2013 Mexican Independence Day Parade, these young people have bigger and more lucrative venues on their minds.

Time lapsed video of sunset. Recommend this video highly. Please steal it, but make sure you give me a credit.

Crown Fountain in Millenneum Park is a Chicago landmark and a place of sheer joy for kids of all ages. In addition to a great waterpark, Crown Fountain is a magical piece of art with the stunning background of the Chicago skyline.