One of the finest experiences I’ve enjoyed in Chicago is night sailing when it’s at least 75 degrees and last night it was which is amazing for October. Flat water, 10 knot winds and wonderful crew. I already miss summer which is some 200 days away. Get it while you can, right? 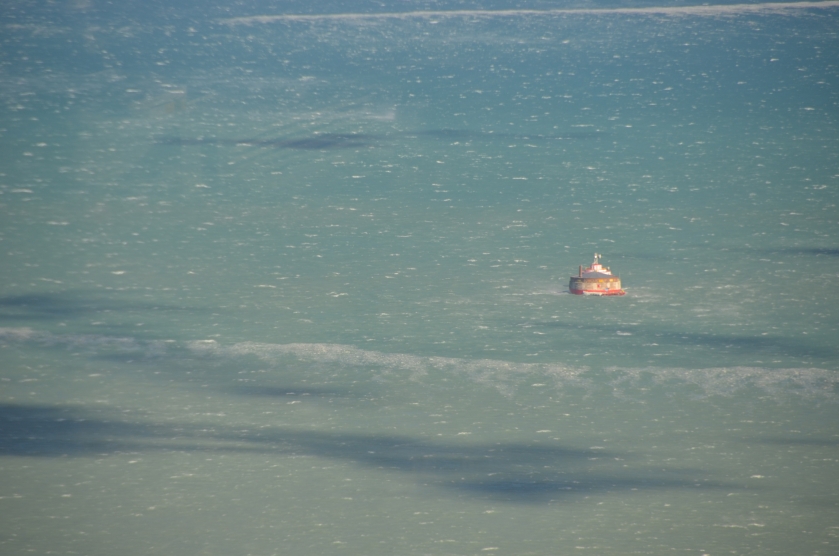 When the weather turns nice, Chicagoans pour into the outdoors by the hundreds of thousands.

Talk about a long winter and it’s not over yet. However, it’s clear that Lake Michigan will not freeze over again. I’ve never seen anything quite so dramatic and in some cases scary. Two young people died this year trying to retrieve a dropped smart phone on the ice. The first person went under. First person reaches up and pulls second person through the ice. The third person tried to reach over and grab the hand of the second person, a 25-year-old young lady. He began to glide toward the ice and let go the hand of his girlfriend of almost three years. The struggle in the water lasted less than a minute. Enough to supply a lifetime of night terrors, but there wasn’t the thrashing and screaming of some summertime drownings. Kick, soft kick, desperate scissor kick, tread for 20 seconds and down into the dark gray, but not straight down, down and into the current traveling weightlessly at two miles per hour under the ice.

Warning: This video contains a violent story which may or may not be true. This is my neighborhood. Downtown, Lake Michigan and a walking commute to work. Who could want more. Problem is, I’m in the poorhouse due to rent.

This makes year 11 for the Lakeview Polar Bear Club’s plunge into Lake Michigan. With the temperature right at freezing, which is warm compared to years past, a record number of dunkers stripped down to summer swimwear or less. This reporter spotted no fewer than eight man-thongs. Unknown to most gawkers, the plunge is a fundraiser for needy families.