I’ve written about Phil before on this blog. He refuses to be called homeless although he’s slept outside without exception for almost 18 years. I took Phil’s photo last night in a snow shower while he was sleeping. The boulder looking object behind Phil is his belongings, 18 old lady push-carts under a tarp. 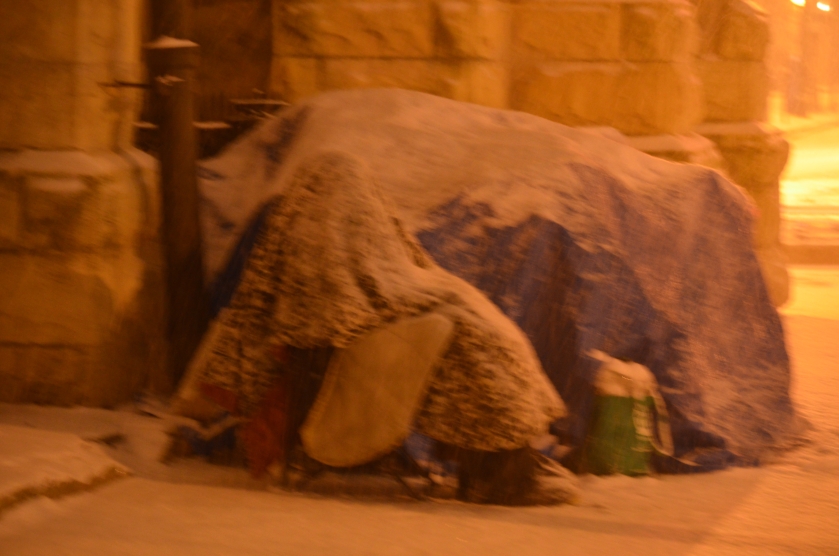