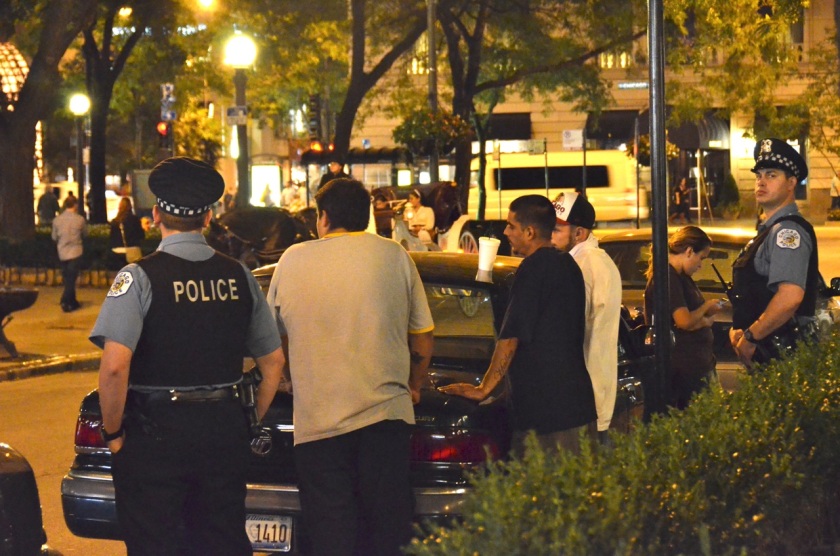 Chicago Police stopped and detained the man in the black shirt and the man in the white and black hat. They are handcuffed together, wrist to wrist. Police are waiting for another officer to transport a witness for positive identification. I was unable to learn of the alleged crime, but the number of officers indicates it was a misdemeanor. Suspected felons usually attract a larger police presence. When possible, if CPD is arresting a person suspected of a serious crime, the officers encircle the suspect making it very difficult to shoot a photo of the person getting handcuffed. If there are police outside the circle, they attempt to stand directly in front of a photographer. More than any other police force I’ve had contact with as a reporter, the Chicago police resent being photographed and often express hostility. The man in the cream sweater and the woman in brown clothing are undercover officers. I took this photo at the Chicago Water Tower, one of the hubs of tourism where police have the largest presence in the city. The goal is zero crime in order to protect guests and one of the largest drivers of the economy in the city.